The Field Museum heads to the Music Box Theatre on a few field trips! These educational and entertaining events combine film and cinema and go behind Hollywood. Join us to delve into the reality and science behind the silver screen!

Join The Field Museum at the Music Box Theatre for a special series of film screenings dedicated to diving into the science behind some of Hollywood’s greatest blockbusters. For each of these screenings The Field Museum will bring science professionals and lecturers to the Music Box Theatre to introduce the films and provide a forum for discussion following the film. So grab your backpack and your notebook for this amazing series that partners two great Chicago Institutions! 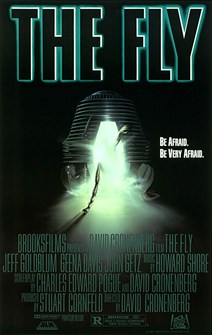 When scientist Seth Brundle (Jeff Goldblum) completes his teleportation device, he decides to test its abilities on himself. Unbeknownst to him, a housefly slips in during the process, leading to a merger of man and insect. Initially, Brundle appears to have undergone a successful teleportation, but the fly's cells begin to take over his body. As he becomes increasingly fly-like, Brundle's girlfriend (Geena Davis) is horrified as the person she once loved deteriorates into a monster.

Erica Zahnle is the lead educator for the Rice DNA Discovery Center–a permanent exhibition that helps Museum visitors explore the science behind DNA, and a research assistant in the Pritzker Lab. She is currently part of The Emerging Pathogens Project, generating sequences for DNA barcoding in bird species and identifying correlations of infection between avian hosts and some of their protozoan parasites. On weekdays she hosts "Talk to the Scientist Hour" in the DNA Discovery Center, a Q&A session that educates the public about the ongoing research in the Pritzker Lab.

Honey, I Shrunk the Kids 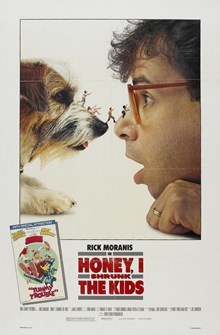 Rick Moranis stars as a preoccupied inventor who just can't seem to get his electro-magnetic shrinking machine to work. Then, when he accidentally shrinks his kids down to one-quarter-inch tall and tosses them out in the trash, the real adventure begins! Now the kids face incredible dangers as they try to make their way home through the jungle of their own backyard!

Shauna Price is an evolutionary biologist at the Field Museum who has studied ants for more than 15 years. She uses molecular and morphological data to understand how a group of ants from the Neotropics - turtle ants - have diversified in terms of their traits and number of species.