The Harold Ramis Film School comes to the Music Box for a special screening of comedy classic GHOSTBUSTERS!

Movies & Showtimes for
GHOSTBUSTERS with The Harold Ramis Film School 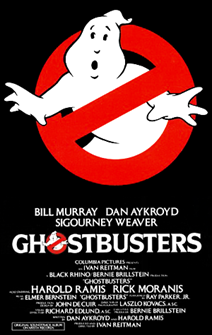 When ghosts go on a rampage, only four men can save the world! Fired from university research jobs, Drs. Venkman (Bill Murray), Stantz (Dan Aykroyd) and Spengler (Harold Ramis) set up shop as "Ghostbusters," hiring Zeddemore (Ernie Hudson) and together ridding Manhattan of bizarre apparitions. But the spirit exterminators are severely tested when Dana Barrett (Sigourney Weaver) and her nerdy neighbor Louis Tully (Rick Moranis) become possessed by demons living in their building. Soon every spook in the city is loose and our heroes face their supreme challenge.

If you want your spirits raised, who you gonna call? Ghostbusters!