Presented by Oscarbate and Hollywood Entertainment | Sponsored by DePaul University

Films of a higher tier, those stamped with the seal of Art, usually accrue a more serious following than many of the movies being made on a supposedly lower tier - those branded with the scalding mark of the “mainstream”. As we create and bolster these tiers, in the shadow of a class system curiously similar in construction, the public risks being further and further from our own desire for liberation, for enlightenment, and for pure, unadulterated entertainment. Cinema was born with the intention to fulfill the needs of spectacle for the working classes - the mainstream. Yet, as time pressed on, and the cinematic form grew, so did the separation of cinema from its origins, from the people and their governing reality.

As Walter Benjamin put it, higher art sought “concentration” while lower art fostered “distraction”, an idea so preposterous to the German-Jewish philosopher, that he went on to say: “...all of this in order to distort and corrupt the original and justified interest of the masses in film - an interest in them understanding themselves and therefore their class.”

It is with this thought that we present, ‘Highs & Lows’: a mini-film fest questioning, bridging, and destroying the gap between the idea of bad vs good, high vs low, and art vs pleasure.

'Highs & Lows' is an experiment in coupling mainstream pop culture with canonical arthouse classics. Each of the films being presented are made-to-order for every persuasion of the modern-moviegoing scene, steered towards a horizon hellbent on canonical and hierarchical obliteration.

This series illuminates the often surprising thematic connections and motifs between supposedly antithetical films. From the homoerotic threads running through male friendship in Dumb & Dumber & Y Tu Mama Tambien, to the obsessive studies of guilt, loneliness, and regret woven throughout Peggy Sue Got Married & The Last Temptation of Christ, all the way to the surrealist, comedic-escapism rooted in the painful truths of human experience showcased in Billy Madison & The Phantom of Liberty; Highs & Lows is a series designed to highlight the spectacle of the cinema.

Movies & Showtimes for
Highs and Lows

Tue, Feb 15th
How Stella Got Her Groove Back + Fear Eats the Sou

Sun, Feb 27th
How Stella Got Her Groove Back + Fear Eats the Sou 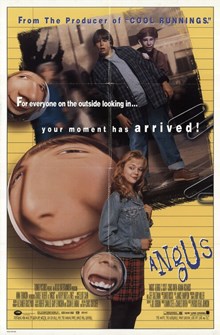 Being a teenager is either needlessly difficult, or endlessly brutal. This is a universal truth we can all agree upon. Whether it's puberty tearing through your body and mind, shitty parents, REALLY shitty parents, other shitty kids, or an entire government's horrific treatment of its people under the shameless guise of false morality and empty Catholicism - surfing the cusp of burgeoning adulthood is tough stuff. This beautifully earnest set of film will highlight all those difficulties, along with the limited possibilities of the young human heart, while celebrating the incredible resilience of teenagers struggling to stay afloat in the deep end, with spiritual sublimation leading towards the bright light of rebirth, rather than ink-dark damnation.

Billy Madison + The Phantom of Liberty 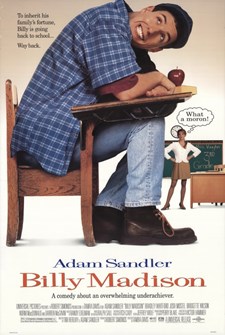 The Phantom of Liberty and Billy Madison both open like a set of fraternal twins. Men in power get drunk and desecrate beautiful spaces whether it’s a church or a mansion. One’s debauchery is spawned by recently-captured Spanish troops, the other by “Nudie Magazine Day”. Dream-like logic runs throughout, not everything has or needs explanation. Penguins and ostriches appear out of thin air, the bourgeoisie speak gibberish while shitting in toilets around a dining room table, and lone snipers are hailed as heroes and celebrities. Sandler and Buñuel both forge vignette-like scenes within the same mental plane. And yet, despite the rebellious spirits of each, the surreal laughter sits under the heavy bedrock of two systems of seemingly never ending modes of dictatorship: that of Generalísimo Franco’s 36-year reign, and 3 grueling generations of brutal O’Doyle rule. 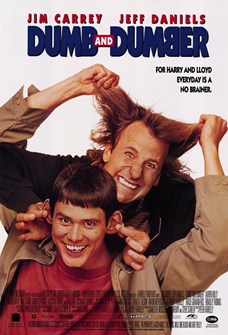 It has been said that true friendship can withstand anything -- long road trips, running out of cash, crushing on the same person, scamming disabled children, confusing sexual desires coupled with intense, supposedly non-romantic, love - - things experienced once in a lifetime if you're lucky. This wallop of a double bill delivers an astonishing level of tenderness and wisdom, as two sets of male friends encounter sexual jealousy on the open road; but who are they secretly jealous of? A rediscovery of these two films, bound together by inseparable bonds, could result in a few revelatory surprises. 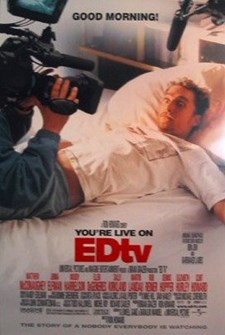 The film crew follows the subject, but are never shown. However, in EDtv and Symbiopsychotaxiplasm: Take One, the film crews are fully prominent. Almost overflowing at points, the result begins to feel pleasurably claustrophobic. Multiple cameras capturing the perspective of multiple realities. What is caught through the apertures of the lense only shows what’s directly in front, but not the surrounding truths. People watching TV or strolling through Central Park view the madness through their own perspectives. The snake continues to eat it’s own tail. 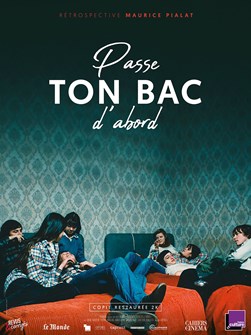 Seemingly polar opposites in their cinematic construction - thematically, these two films lend themselves each to one side of a bitter coin: bitter, and more bitter. In no way is nostalgia an essential or an intended part of either, yet the sweetness of youth remains fleeting, regardless of region or era. It doesn’t matter what one’s plans are post-graduation, both films prod their viewership with urgent questions: is nostalgia the seductive trap great minds have warned us about, blinding black holes to which there is no escape? Is there a way to reverse the psychological damage it can create? Would Jim Levenstein have gotten laid faster if he hung out with Parisian teens? All of these questions can and will be answered. 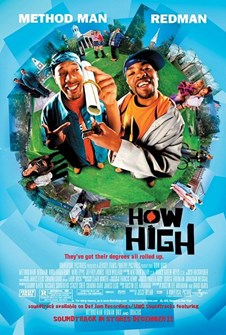 From the congested halls of Harvard University, to the stuffiness of bourgeois Czechoslovakia, higher society is about to be overrun by two anarchic duos: one consisting of young hedonistic prank-loving women, the other comprised of weed-growing, vaguely-nihilistic black men. Neither of these couplings will provide any semblance of moral character for its audience, but that's precisely the point. Authoritarianism is in the cross-hairs for both movies, but the ways in which they achieve total comedic anarchy, mirror the eras in which they were filmed, providing each a chance to speak louder than the sum of their parts, their anguished, smoke-choked cries of laughter billowing up into the bright heavens.

How Stella Got Her Groove Back + Fear Eats the Sou 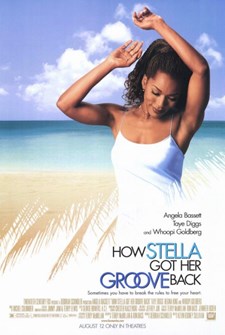 “Happiness is Not Always Fun” - especially when you are  finding love and acceptance within a May-September romance, the road is filled with extreme highs and terrifying lows. How does a corporate executive on a beautiful Jamaican getaway find love with a local who’s 20 years her junior? How does a widow navigate a relationship with her immigrant partner without being shunned by her racist family, neighbors, and friends in post-war Germany? Both films are suffused with the implications of societal rule running corrosively within our interpersonal relationships with others; and although the prospects of dating younger men are tempting and momentarily gratifying, can they ultimately achieve happiness, or have their newfound freedoms just been diverted to other, softer levels of entrapment?

Peggy Sue Got Married + The Last Temptation of Chr 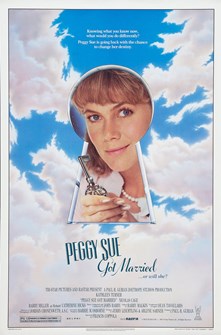 Dwelling too heavily in the past can be a fool's errand, one that quickly devolves into a slippery slope of missed opportunity in the present moment. In addition to celebrating the inevitable growth that comes from both the pain/pleasure of human existence, who among us could resist the ever-looming what-ifs of life, as age and experience take their unstoppable toll? These two 80’s-era Brat Pack masterworks make no qualms about relishing the awful pangs of regret, while also embracing the tear-soaked beauty that life has to offer, culminating in a double-feature that will leave the viewer holding the paramount experiences of life closer than ever.

02/20 - PEGGY SUE GOT MARRIED + THE LAST TEMPTATION OF CHRIST

03/05 - THE LAST TEMPTATION OF CHRIST + PEGGY SUE GOT MARRIED