The Music Box rings in the new year with some of our favorite live-action films from the Disney Vault, from old standbys to new classics. Fair warning, attending any of these presentations WILL make you feel like a kid again! 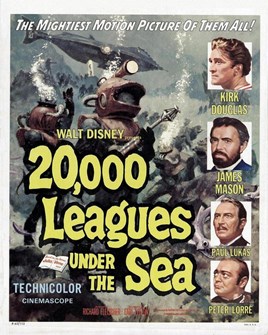 For its first CinemaScope production, the Mouse House turned to Richard Fleischer, son of Disney’s long-time rival and the results are seaworthy and then some. (Fans of Fleischer’s VIOLENT SATURDAY and THE BOSTON STRANGLER shouldn’t shun this kiddie show.) Adapted from Jules Verne’s novel with rare brio and infectious energy, 20,000 LEAGUES also boasts the most distinguished grown-up cast of any vintage Disney picture: Kirk Douglas, James Mason, Peter Lorre, and a killer squid! 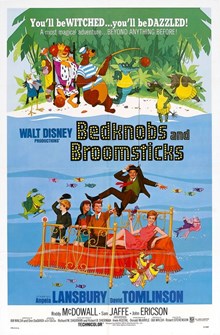 When young Charlie, Carrie and Paul move to a small village during World War II, they discover their host, Miss Price (a divine Angela Lansbury), is an apprentice witch! Although her early attempts at magic create hilarious results, she successfully casts a traveling spell on an ordinary bedknob, and they fly to the fantastic, animated Isle of Naboombu to find a powerful spell that will save England! 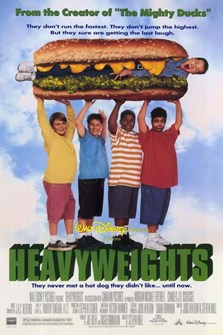 Before Ben Stiller made THERE’S SOMETHING ABOUT MARY, before Judd Apatow made THE 40-YEAR OLD VIRGIN, before Paul Feig made BRIDESMAIDS, they made HEAVYWEIGHTS, the endlessly-quotable summer comedy! A group of overweight, underdog kids discover their camp has been sold to a crazy fitness fanatic who's determined to make their lives miserable. With no other options, they must take back the camp, by any means necessary! 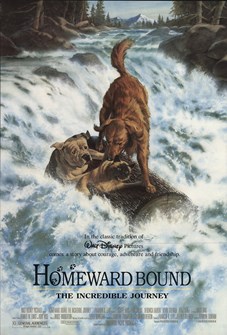 The adventure begins when the loving owners of bulldog Chance (voiced by Michael J. Fox), Himalayan cat Sassy (voiced by Sally Field), and Golden Retriever Shadow (voiced by Don Ameche) are forced to leave them in the temporary care of a friend who lives hundreds of miles away. But after several days, the worried animals begin to think their family must be in trouble, so they decide to head for home. On their incredible journey across the ruggedly beautiful Sierras, they encounter unexpected surprises from man, beast, and nature alike. 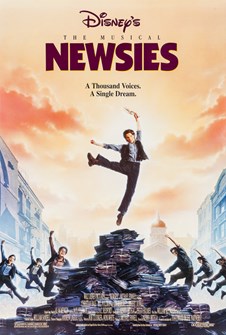 A teenage Christian Bale (THE DARK KNIGHT TRILOGY, THE FIGHTER, AMERICAN PSYCHO) sings & dances his way through NEWSIES! This early-90s musical tells the true story of the 1899 New York City newsboys strike, as Bale leads a ragtag group of misfits in a rebellion against newspaper magnate Joseph Pulitzer (A mustache-twirling Robert Duvall). A disappointment at the box office on release, NEWSIES soon gained a cult following, and was later adapted into a Tony-winning Broadway musical. 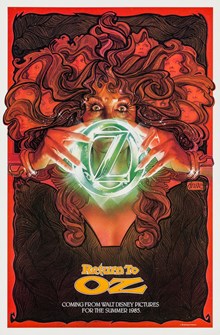 The movie that scarred an uncountable amount of children! In this belated sequel, Dorothy finds herself back in the land of her dreams, and makes delightful new friends (like Tik Tok, Jack Pumpkinhead, and the Gump), and dangerous new enemies (the creepy Wheelers, the head-hunting Princess Mombi, and the evil Nome King). Unforgettable character designs and haunting scenes in the more dangerous corners of imagination ensured that once you saw RETURN TO OZ, you’d never forget it!

Day of the Beast
Part of: Music Box of Horrors Presents