Not Quite For Kids: A Music Box Matinee Series

The Music Box explores the strange and wonderful space between saccharine kids classics and Oscar qualifying grown up pictures.

Movies & Showtimes for
Not Quite For Kids: A Music Box Matinee Series

Sat, May 20th
Watership Down

Sun, May 21st
Watership Down 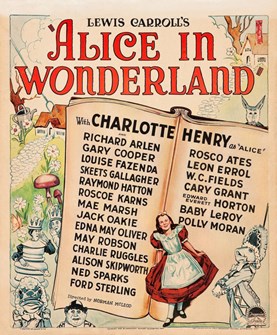 With an all star cast including Cary Grant, Gary Cooper, W.C. Fields, and Edward Everett Horton as the Mad Hatter, this pre-Code adaptation of Lewis Carroll’s Alice books is still among the most bizarre and delightful versions of the story, far more twisted, terrifying, and hilarious than the 1951 Disney film. The sets and special effects by production designer William Cameron Menzies hold up incredibly well today, and Alice Lidell, the inspiration for Carroll’s original books, couldn’t have been more pleased with the production: “I am now convinced that only through the medium of the talking picture art could this delicious fantasy be faithfully interpreted… Alice represents a revolution in cinema history!” 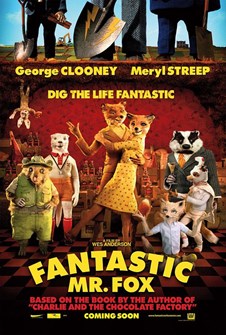 Each Member Ticket admits 2 guests. In order to accomodate as many Members as possible, please limit ticket purchases to two Member May Movies per Member.

Director Wes Anderson brings his inimitable style to the world of stop-motion animation. Based on the book by Roald Dahl, a brilliantly clever fox (George Clooney) aims to provide for his family by taking on the meanest farmers you'll ever know. Giving in to his animal instincts endangers not only his marriage but also the lives of his wife (Meryl Streep) family and their animal friends. When the farmers force Mr. Fox deep underground, he has to resort to his natural craftiness to rise above the opposition. 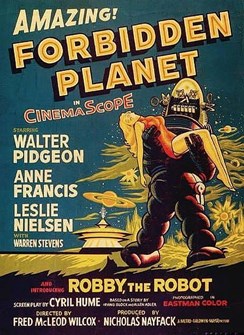 A rescue mission to a distant planet discovers the two survivors of a spaceship that crashed 20 years before on the Forbidden Planet. One of the stranded humans has deciphered the secrets of the planet's long-extinct inhabitants, and the technology that gave them the power to instantly destroy their civilization. Now, he refuses to share his knowledge, and one-by-one the rescuers begin to die. Loosely based on Shakespeare's The Tempest, FORBIDDEN PLANET gained popularity as a children’s matinee when reissued in the early 70s in a version that cut out all the romance between Leslie Nielsen and Anne Francis. Features the first ever screen appearance of Robbie the Robot! 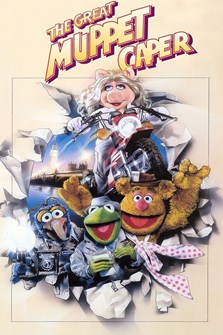 “Kermit? What if we drift out to sea? What if we're never heard from again? What if there's a storm? Or - we get struck by lightning?” The Muppets are caught in the middle of a jewel heist in London, with Miss Piggy framed as the master thief, and it’s up to Kermit the Frog to bring the real culprits to justice. The only Muppet feature directed by creator Jim Henson, Vincent Canby of the New York Times called it “a combination of A.A. Milne, Busby Berkeley and a small bit of Blake Edwards.” Featuring cameo appearances by John Cleese, Peter Falk, Peter Ustinov, and Oscar the Grouch. 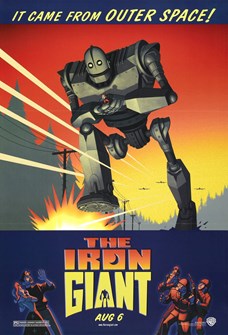 When an enormous metal giant appears in a small town in Maine, Hogarth Hughes befriends him, hiding him from federal agent megalomaniac Kent Mansley, who insists the giant was sent by the Russians. Set in the late 50s shortly after the launch of Sputnik and steeped in nuclear war paranoia, the film was the first directorial effort of long time Simpsons animator Brad Bird (THE INCREDIBLES) featuring a mix of hand drawn and computer animation.

Based on the book The Iron Man by English poet and children's writer Ted Hughes (which he wrote as an answer to the suicide of his wife Sylvia Plath), THE IRON GIANT maintains much of the material's original melancholy, but is ultimately very hopeful. Per Roger Ebert: "And here is a family movie with a message: a Cold War parable in which the Iron Giant learns from a little boy that he is not doomed to be a weapon." 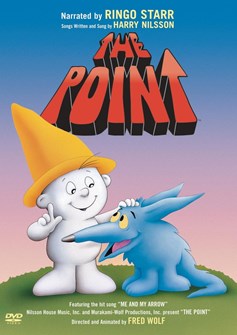 Oblio is the only round-headed person in the Pointed Village, where everyone must have a point. Thrown into an existential crisis by lack of uniformity, the son of an evil Count banishes Oblio and his dog arrow to the Pointless forest. Written and produced as a companion piece to his 1971 album of the same name, Harry Nilsson’s THE POINT is a slightly Seussian, slightly psychedelic fable. Note: later versions of the film feature different narrators. This is an original print from the film's first release and features the Dustin Hoffman narration. 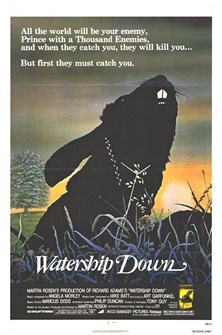 A very serious, violent, and heartbreaking movie about bunnies, WATERSHIP DOWN features the voice acting talents of the late, great John Hurt, who leads a pack of rabbit companions to a new home after he has an apocalyptic vision of their Warren being destroyed. Adapted from the bestselling novel by Richard Adams, the film’s beautiful handrawn animation had the unfortunate distinction of scaring the bejesus out of a generation of unsuspecting kindergarten aged moviegoers on its original release. Today, WATERSHIP DOWN is an emotionally arresting, dark-toned allegory about freedom amid political turmoil.

Scream 2
Part of: Music Box of Horrors: Dawn of the Drive-in Presented by Shudder