The Chicago South Asian Film Festival and producers invite you to join us for a private meet-and-greet reception with the legendary Shabana Azmi on the occasion of a special preview screening of her acclaimed new film, SIGNATURE MOVE. 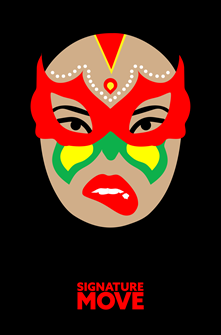 In this hilarious and heartfelt look at modern families and the complexities of love in its many forms, Zaynab (Fawzia Mirza) is a thirty-something Pakistani, Muslim, lesbian lawyer living in Chicago who begins a new romance with Alma (Sari Sanchez), a confident Mexican-American woman. Zaynab's recently widowed mother Parveen (Shabana Azmi) has moved in and spends her days watching Pakistani TV dramas while searching for a potential husband for her only daughter. Alma's mother, Rosa (Charin Alvarez), is a former professional Luchadora which Zaynab finds fascinating as she has recently taken up lucha-style wrestling training with a former pro wrestler, Jayde. Zaynab tries to keep both her love life and her wrestling a secret from her Muslim mother, who knows more than she lets on.

Chess of the Wind