The Overlook, The A.V. Club’s ongoing exploration of neglected and misunderstood films, gets a special live edition with David Lynch’s 1984 sci-fi epic Dune.

Prepare yourself for decadent production design, difficult-to-follow interplanetary intrigues, multiple voice-overs, symphonic rock, and Patrick Stewart going into battle with a pug under his arm as we present the flop that changed Lynch’s career—and remains one of the weirdest big-budget blockbuster wannabes ever made. Be forewarned: You might just end up leaving the theater thinking that it’s great. 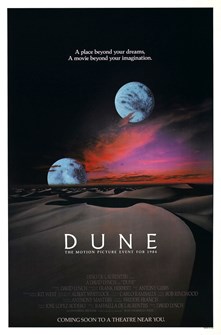