Thy Father's Chair, presented by The True/False Film Fest

Join the nonfiction showcase True/False for one night, just two months before its annual March festival. As with all of T/F's film events, the stage is set with a band. Then stay for one of 2016's best documentaries THY FATHER'S CHAIR followed by a post-film conversation.

Pre-film music at 7pm by the wide-ranging Mar Caribe

Movies & Showtimes for
Thy Father's Chair, presented by The True/False Film Fest 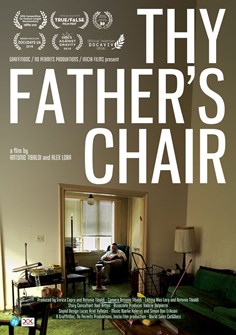 A chamber piece par excellence, THY FATHER'S CHAIR profiles aging twins Abraham and Shraga, forced to open their derelict Brooklyn apartment to professional cleaners. The crew turn out to be counselors of the higher order who seek to rescue the brothers from themselves. Both wry and warm-hearted, THY FATHER'S CHAIR has a clear-eyed appreciation for life’s contradictions.