Virtual Cinema with the Music Box

While the Music Box doors have reopened, we’re also proud to be able to team up with our frequent partners to provide viewing-at-home options for our amazing audience! All sales will help support the Music Box, and you can watch powerful new films that would otherwise be playing on our screen.

And to create a true Music Box experience, cue up Dennis Scott on the Music Box Organ before you watch your film!

Please note, these screening links are set up & moderated by their respective film distributors, not the Music Box Theatre. If you encounter any issues while streaming these films, please email BoxOffice@MusicBoxTheatre, and we will connect you with their support staff. 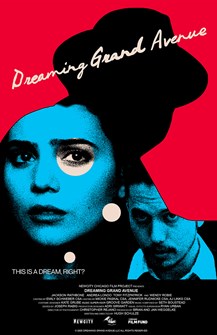 Though they’ve never crossed paths in waking life, Maggie and Jimmy keep meeting in dreams. Each recently devastated by loss and struggling to find meaning in any of it, fate has undeniably tied them together in ways they don’t yet comprehend. Set in a city as magical as any dreamscape, these unresolved traumas—both individual and shared—are no longer wounds to be endured silently, asleep or awake. In DREAMING GRAND AVENUE, the experiences become the very way through the disconnection that haunts us. As Maggie and Jimmy navigate their anguish—with help from a dream detective, a sleep scientist and even the poet Walt Whitman himself—they’ll discover not only the truth of their own linked destiny, but that of the waking world, too.

"A small but ambitious and metaphysical and deeply poetic (in more ways than one) gem with big ideas, stunningly original visuals of Chicago — and beautifully honed performances." -- Richard Roeper, Chicago Sun-Times 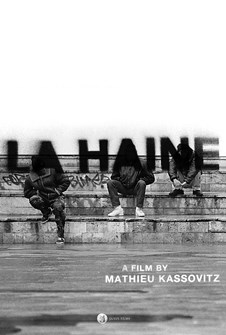 Mathieu Kassovitz took the film world by storm with La haine, a gritty, unsettling, and visually explosive look at the racial and cultural volatility in modern-day France, specifically the low-income banlieue districts on Paris’s outskirts. Aimlessly passing their days in the concrete environs of their dead-end suburbia, Vinz (Vincent Cassel), Hubert (Hubert Koundé), and Saïd (Saïd Taghmaoui)—a Jew, an African, and an Arab—give human faces to France’s immigrant populations, their bristling resentment at their marginalization slowly simmering until it reaches a climactic boiling point. A work of tough beauty, La haine is a landmark of contemporary French cinema and a gripping reflection of its country’s ongoing identity crisis.

“One of the most nuanced and technically accomplished treatments of race, violence, and the politics of assimilation in recent cinema.” — Slant Magazine
“An unmissable response to an unending emergency.” — The Guardian 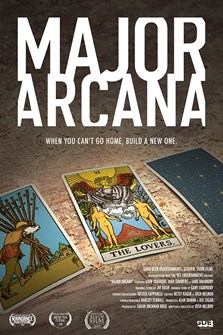 A carpenter (Ujon Tokarski) struggles to move beyond his troubled past when he returns to his hometown to mend relationships and finds solace in building a log cabin by hand. His plans are complicated when he reunites with Sierra (Tara Summers), a woman with whom he shares a difficult past, and he is forced to reconcile his old life with his new one.

“Works on every level to convey the sense of a place in slow decay, and the sad futility of an attempt to find some familiar hope in the crash site of a former life.” — Film Threat
“A quaint film that sneaks up and grabs your attention.” — Silver Screen Analysis 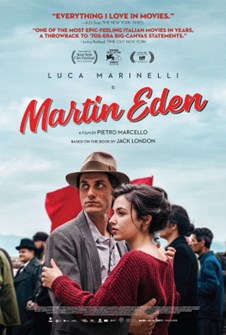 When unskilled laborer Martin Eden meets Elena, the daughter of a wealthy industrial family, it's love at first sight. The well-educated, refined young woman soon becomes an obsession for Martin who hopes that his dreams of becoming a writer will help him rise above his humble origins to be able to marry Elena. With determination and at the cost of great hardship, Martin sets out to get the education that his class has never allowed him to receive. Finding support in an older friend, left-wing intellectual Russ Brissenden, Martin soon gets involved in socialist circles, leading not only to political reawakening and destructive anxiety, but also to a conflict with Elena and her bourgeois world.

In Italian and French with English subtitles

“An absolute blast. Includes documentary footage, wealthy decadence, left-wing politics, angry speeches (in Italian!), beautiful women, square-jawed men, quotations from Baudelaire and the heroic deployment of manual typewriters, hand-rolled cigarettes, ascots and Volvo sedans. Everything I love in movies." — The New York Times
“A kaleidoscopic historical fantasia that seems possessed by the ghosts of Italian cinema.” — Film Comment
“This could be the international break-out of the season.” — The Film Stage 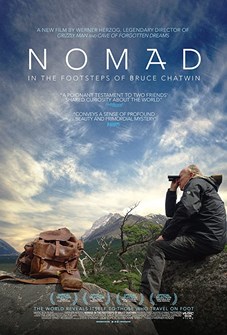 Werner Herzog turns the camera on himself and his decades-long friendship with the late travelwriter Bruce Chatwin, a kindred spirit whose quest for ecstatic truth carried him to all corners of the globe. Herzog’s deeply personal portrait of Chatwin, illustrated with archival discoveries, film clips, and a mound of “brontosaurus skin,”encompasses their shared interest in aboriginal cultures, ancient rituals, and the mysteries stitching together life on earth."

“An encomium to a lost friend. [Herzog] imbues the film with rich narration, unforgettable characters and National Geographic-worthy landscape shots all his own.” — Rolling Stone
“Larger than life, just as both the director and its subject.” — Film Threat
“A poignant testament to two friends’ shared curiosity about the world.” — The Hollywood Reporter

Oliver Sacks: His Own Life 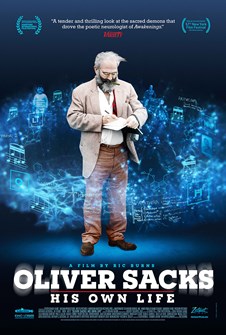 A month after receiving a fatal diagnosis in January 2015, Oliver Sacks sat down for a series of filmed interviews in his apartment in New York City. For eighty hours, surrounded by family, friends, and notebooks from six decades of thinking and writing about the brain, he talked about his life and work, his abiding sense of wonder at the natural world, and the place of human beings within it. Drawing on these deeply personal reflections, as well as nearly two dozen interviews with close friends, family members, colleagues and patients, and archival material from every point in his life, this film is the story of a beloved doctor and writer who redefined our understanding of the brain and mind.

“A portrait at once tender and thrilling, a movie that presents us with a man who… was that rare if not unique thing, a scientific navigator of the soul.” — Variety
“One of the surprising and moving lessons of this revealing film is how often the most gifted people are unappreciated. [A] thoughtful, deeply affecting film.” — The Hollywood Reporter 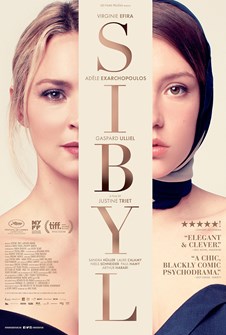 A sly, sultry character study from filmmaker Justine Triet, SIBYL follows a psychotherapist (Virginie Efira) who decides to quit her practice and return to writing instead. As Sibyl starts dropping patients, she begins to struggle with excess time and a lack of inspiration–until she gets a call from Margot (Adèle Exarchopoulos), a young actress wrapped up in a dramatic affair with her costar, Igor (Gaspard Ulliel), who happens to be married to the film's director (Sandra Hüller). Becoming further enmeshed in Margot's life, Sibyl starts to blur past and present, fiction with reality, and the personal with the professional as she begins to use Margot's life as source material for her novel. 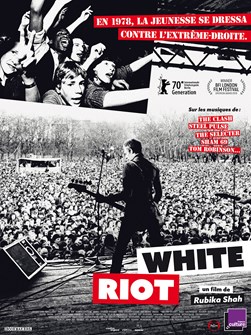 Britain, late-1970s. Punk is exploding. The country is deeply divided over immigration. The National Front, a far-right and fascist political party, is gaining strength as politicians like Enoch Powell push a xenophobic agenda. Outraged by a racist speech from Eric Clapton, music photographer Red Saunders writes a letter to the music press, calling for rock to be a force against racism. NME, Melody Maker, and Sounds all publish the letter. Flooded with responses, Red discovers many share his views. Teaming up with like-minded creatives Roger Huddle, Kate Webb, Syd Shelton and Australian graphic designer Ruth Gregory, the team bands together to create Rock Against Racism (RAR) and a fanzine, Temporary Hoarding. Speaking directly to the youth, Temporary Hoarding reports stories and issues that the mainstream British media ignores, like immigration, the Catholic side of the Northern Ireland conflict, and the police’s controversial “suspected persons” (sus) powers. They give a voice to the voiceless. The National Front begins to strike back, committing acts of violence against RAR supporters and petrol-bombing their HQ. Despite this, RAR spreads virally across the UK and into Europe, becoming a grassroots youth movement. The Clash, Steel Pulse, Tom Robinson and other top bands of the day jump on board. White Riot is a moment in time when music changed the world. When a generation challenged the status quo. It’s Woodstock meets the March on Washington, punk-style.

"Compelling in its depiction of political organization in the analog age." -- The New York Times

"A heroic grassroots political movement whose importance reveals itself more clearly in retrospect with every year that passes." -- The Guardian