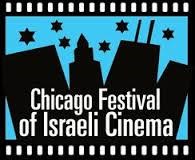 During the 2018 Festival, we presented a special program of short films by and about women and called it Israeli Women in Shorts. Turn-about is fair play, as this year, we bring you some of the very best live-action shorts, all made by accomplished male Israeli directors during the last 12 months. Three are humorous, one—Guy Nattiv’s Academy Award-winning SKIN (now a major motion picture)—is shocking, but all are extremely memorable. A WISH AND A HALF is about the lengths two fisherman—one Israeli, one Palestinian—will go to be polite.  ACROSS THE LINE follows a clunker-driving religious settler with a mechanical Palestinian hitchhiker, who happens to be a mechanic, on their unexpected journey through the West Bank. SIRENS is a comedy of errors—a young couple’s attempts to conceive despite constant air raids in Tel Aviv. SKIN is the tale of a white supremacist who gets his come-uppance.

A dramatic satire loosely based on Lapid’s own experiences, the film follows young Israeli and former soldier Yoav (played by newcomer Tom Mercier, in an incredible performance), who moves to Paris hoping to escape his national identity. After his first night, Yoav wakes up naked in an empty apartment with all of his belongings gone, and is soon taken in by a neighboring, young, wealthy couple. Armed with a pocket-sized French dictionary, Yoav refuses to speak his native Hebrew as he desperately tries to immerse himself in French society. Living on only a few francs a day, he bounces from job to job on a wildly erratic journey, attempting to assimilate into a seemingly impenetrable culture. The film begs the question: can an individual ever be fully extricated from the society into which they were born?