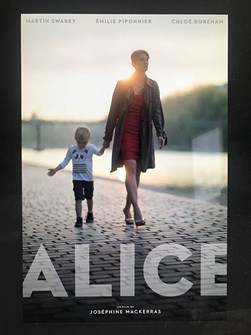 After discovering that her husband's addiction to escorts has left their family penniless, Alice finds herself drawn into the world of high-end prostitution as a means of caring for herself and her child.

"One of this year's must-see films, "Alice" is a revelation for audiences, telling us that it's OK to choose the paths we take, despite what society tells us." - Adriana Gomez-Weston, AwardsCircuit.com