Attack of the Adult Babies

Attack of the Adult Babies 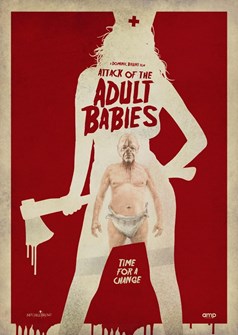 High-powered middle-aged men intend to refuel the world’s economy by very sinister, sick and monstrous means. Expect characters to be given enema after enema until they literally crap themselves to death. Expect blunt satire and gross-out humor, sure to make this one a cult favorite in years to come. Any movie featuring a character named the God of Shit can’t be all bad.

$1 of each ticket sale will be donated to the ACLU to assist in continuing their support of defending us from further adult baby attacks.