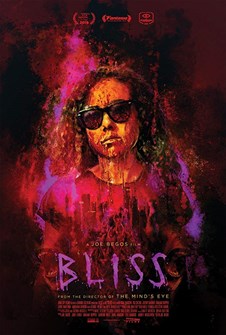 Brilliant, macabre painter Dezzy Donahue, facing the worst creative block of her life, turns to anything she can to get her creative juices flowing again to complete her masterpiece, spiraling into a hallucinatory hellscape of drugs, sex, and murder in the sleazy underbelly of Los Angeles. Her plan works, but it ignites a strange bloodlust in her, and for someone who has impulse-control issues, that's not a good thing for those around her. The film's wicked vibe, throbbing energy, and visuals that will sear into your brain all add up to work some are comparing to early grindhouse classics like THE DRILLER KILLER and MANIAC.

A dark and strangely surreal snapshot of sexual desire aimed at the exotic.