By the Grace of God

By the Grace of God 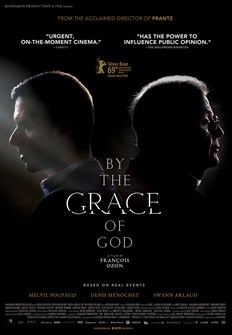 François Ozon's gripping drama follows three men who band together to dismantle the code of silence that continues to protect a priest who abused them decades ago. Based on events from the 2019 conviction of Cardinal Philippe Barbarin of Lyon for concealing the conduct of Father Bernard Preynat, BY THE GRACE OF GOD compassionately illustrates the varying effects of trauma on survivors and their families in this urgent portrait of resistance, the power of mobilization, and the mysteries of faith.

“An ambitious, urgently topical story from France's side of the Catholic Church abuse scandal.” -- Variety