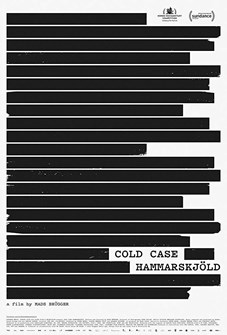 In 1961, United Nations secretary-general Dag Hammarskjöld's plane mysteriously crashed, leaving no survivors. It's understood that because Hammarskjöld was, at the time, advocating for Congo's independence, the "crash" was an assassination. With the case still unsolved fifty-plus years later, Danish journalist, filmmaker, and provocateur Mads Brügger leads viewers down a wild investigative rabbit hole to unearth the truth. Scores of false starts, dead ends and elusive interviews later, Brügger begins to uncover a critical secret that could send shockwaves around the world.

In English, French, Swedish, Bemba, and Danish with English subtitles

"Cold Case Hammarskjöld is a must-see film. And its revelations might just change our perception of how evil this world can be." - Mike Ryan, Uproxx