Devil in a Blue Dress

Devil in a Blue Dress 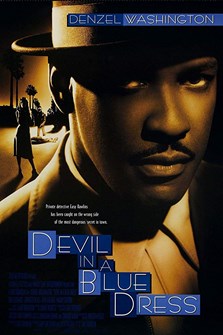 Denzel Washington stars as "Easy" Rawlins, a WWII veteran in Los Angeles who picks up some freelance detective work searching for a mysterious white woman, Daphne Monet (Jennifer Beals), who's hiding out in the city's African American enclave. Before Easy knows what's hit him, he's up to his ears in crooked cops, cutthroat crooks, and corrupt politicians. Featuring spectacular supporting turns by Don Cheadle and Tom Sizemore, a terrific score by Elmer Bernstein, and vivid period cinematography by Tak Fujimoto.