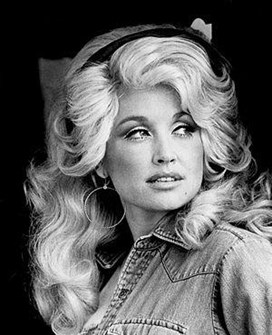 A Part of The Music Box 90th Anniversary

Tease up your hair and put on your boots, it's time for the Dolly Parton 9 to 5er Marathon!
We'll be showcasing four of her greatest cinematic performances, hosted by your good time gals Gaudy God and Uncle Aunt (from Music Box Bingo!). We'll kick off with the feminist classic, 9 TO 5, followed by the salaciously delicious musical THE BEST LITTLE WHOREHOUSE IN TEXAS, then roll right into the wondrous spectacle of Sly Stallone & Dolly heating up the screen in RHINESTONE, then finishing the festivities with Dolly's magnificent turn as a Chicago radio host, in STRAIGHT TALK.

Featuring SING-A-LONGS, a BURT & DOLLY COSTUME CONTEST, DOLLY BINGO, SPECIALTY COCKTAILS and much much more! So come on down now, ya hear?

About Music Box Midnights
Midnight shows at Chicago theaters date back to 1896– cued to early November voting, not Halloween the week before. On election day that year the Hopkins theater at 526 S. State added “Direct Election Returns” to its Midnight Matinee of vaudeville and Vitascope films. In 1879 the Chicago Tribune reported a Boston theater did likewise with its municipal vote tallies. By 1914 Chicago vaudeville theaters were advertising midnight specials on New Years Eve. An Iowa theater launched midnight matinees with ushers outfitted in pajamas. In Chicago the Marbro set up midnight “Owl” screenings of  “The Jazz Singer” for the “Disappointed Thousands, Unable to Find Seats This Week.” A downstate theater hooted about its own “Owl” show: “You’ll get home before morning, and feeling mighty good.” The 1927 book Building Theatre Patronage offered this tip: “The midnight matinee gives the stamp of super-excellence.” Yet a year later a West Virginia judge banned those shows as “a menace to boys and girls of juvenile age.”
Traveling impresarios packaged schlocky one-nighters with lights-out fright-shocks. “Dr. Silkini’s Midnight `Halloween Horror Show’” came here to the Grove and Ogden theaters in 1938. The Luna and Portage advertised the “Midnite Spook Horror Show” – “We DARE You to See “The Living Dead.” A 1952 Belmont ad read: “Midnight! `Asylum of Horrors’ Stage and Screen Thrill Show! with the Frankenstein Monster in Person!” An Indiana crowd of 1,000 keen for "Dr. Jekyl and His Weird Show” broke the box office window and hurt the ticket-seller in 1955. “Dr. Death & His Live Spook Show in the Aisles” graced the Biograph on N. Lincoln in 1959. Midnight audience-interactive screenings of “The Rocky Horror Picture Show” began there in 1978– later spreading to outlying Plitt houses– before relocating to the Music Box in 1986.
– Bill Stamets