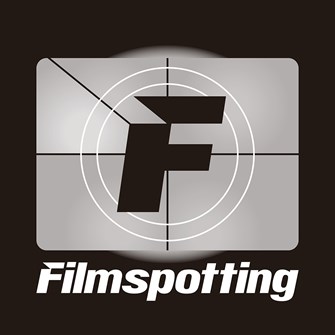 The Music Box Theatre is proud to welcome back home a Chicago podcast institution for a celebration of 15 years of insightful film talk!

Join hosts Adam Kempenaar and Josh Larsen, producer Sam Van Hallgren and special guests for a podcast taping and special 35mm screening of RIO BRAVO, a highlight from the show's first-ever Marathon in 2005. Adam and Josh will introduce the classic Howard Hawks Western, then record a post-screening discussion for the podcast.

This event kicks off Filmspotting’s first-ever national tour! Future dates and cities to be released soon.

Michael Phillips from the Chicago Tribune, plus Scott Tobias, Tasha Robinson and Keith Phipps from The Next Picture Show are scheduled to attend the screening and VIP party.

VIP Ticket - $50 | Includes priority seating for the podcast taping + film screening, as well as a pre-show Meet & Greet in the Music Box Lounge starting at 6:00pm

Adam Kempenaar co-founded the show in March 2005 and is co-host and executive producer. Adam has also served as an instructor at the University of Chicago's Graham School. He has a B.A. in English from Grinnell College, plus degrees in film studies (B.A.) and journalism (M.A.) from the University of Iowa, where he wrote movie reviews for The Daily Iowan and hosted a weekly film talk show called Burn Hollywood Burn on KRUI 89.7 FM. He is a member of the Chicago Film Critics Association.

Josh Larsen officially joined Filmspotting as co-host in January 2012 following guest appearances on episodes #371 and #376. Prior to that, he spent 11 years as a film critic for Chicago-based Sun-Times Media. Josh writes about movies at LarsenOnFilm and is producer of the faith and pop culture website/podcast Think Christian. He’s also the author of Movies Are Prayers: How Films Voice Our Deepest Longings and is a member of the Chicago Film Critics Association. You can follow him on Twitter and Letterboxd.