Fragment of an Empire

Fragment of an Empire 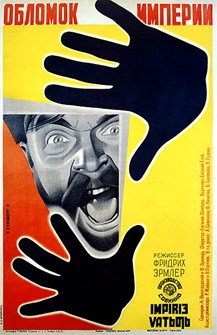 An amnesiac soldier from Petrograd stumbles home from the eastern front after the First World War and finds a new and unrecognizable society awaiting him. His hometown is now Leningrad, and that's the least of it: workers' unions, modernist architecture, and new understandings of sex and marriage roil the landscape. FRAGMENT OF AN EMPIRE is social history rendered as science fiction—a conceit that allows the film to explain the Soviet Union to itself and the wider world. An exceedingly nuanced work, FRAGMENT OF AN EMPIRE takes the Russian Revolution and its toll on newly minted comrades seriously, giving equal weight to the excitement and the dislocation, the promise of a new society and the cataclysm of everyday life. Restoration by the San Francisco Silent Film Festival and EYE Filmmuseum in partnership with Gosfilmofond of Russia.