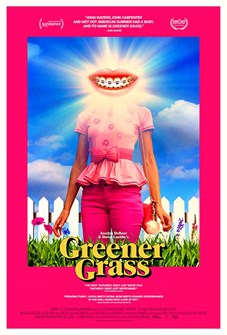 GREENER GRASS is a deliciously twisted comedy set in a demented, timeless suburbia where every adult wears braces on their straight teeth, couples coordinate meticulously pressed outfits, and coveted family members are swapped in more ways than one in this competition for acceptance. The film is a twist on everyday suburban life both a love letter and an "FU" where the characters make life-altering decisions on a whim and being polite is held to a highest standard, even if it means you go too far.

"Simply put, Greener Grass is destined to be a cult classic. It's fun and f**ked up in the best way possible." - Marisa Mirabal, Birth.Movies.Death