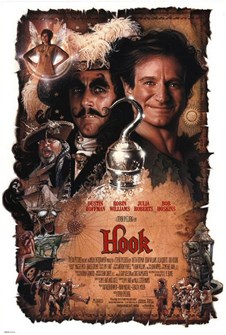 70mm Blowup with Magnetic Sound from Sony Pictures Repertory
Long before live-action fairy tale reboots filled the multiplex, there was HOOK. Robin Williams is a now-grown Peter Pan in denial of his past high-flying adventures, who must return to Neverland to save his children from Captain Hook, played with equal parts pomp and self-loathing by Dustin Hoffman. Steven Spielberg’s film doesn’t shy away from the melancholy of growing up, but is packed with enough fun and imagination to make sure you leave saying, “Bangerang!”