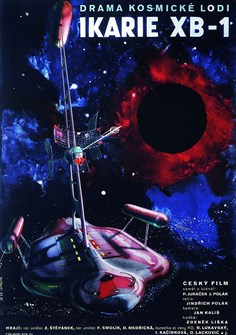 A visionary work of Eastern Bloc science fiction, this mesmerizing Czechoslovak adaptation of a novel by Stanisław Lem melds Cold War ideology and utopian futurism into a tour de force of space-age modernism. In the year 2163, a band of astronauts embarks on a fifteen-year voyage deep into outer space, in hopes of discovering life in another galaxy. It’s a perilous journey during which they will confront the wreckage of the twentieth century, the chilling vastness of the cosmos, and their own mortality. A triumph of avant-garde production design that served as a model for Stanley Kubrick’s 2001: A Space Odyssey, Ikarie XB-1—long known internationally only through a mangled and dubbed reedit—is a singular sci-fi landmark that finds both terror and wonder in the unknown.

In Czech with English subtitles