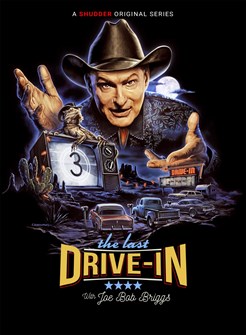 Joe Bob Briggs returns to the Music Box Theatre for a special Christmas horror double feature with introductions for both movies. Joe Bob will be hanging out in the Music Box Lounge before and after each movie, selling exclusive merchandise as well as doing a meet-and-greet with autographs for ticket holders.

Joe Bob Briggs is a nationally syndicated “drive-in movie critic” whose wisecracking take on B-movies was featured on two long-running late-night television shows; first on The Movie Channel and then on TNT. That tradition continues with his latest series, The Last Drive-In, currently featured on AMC’s Shudder streaming platform

SILENT NIGHT, DEADLY NIGHT is the demented story of little Billy Chapman, traumatized by his parents’ Christmas Eve murder and then brutalized by sadistic nuns in an orphanage. When Billy grows up and dresses as Santa, he goes on a yuletide rampage to punish the naughty with extreme prejudice. Robert Brian Wilson and Linnea Quigley (NIGHT OF THE DEMONS) star in this harrowing horror classic that continues to ruffle the feathers of angry parents and stuffy critics over thirty years later!

About The Cryptic Closet:

The Cryptic Closet is a Chicago based clothing brand that designs exclusive apparel mixing their love of horror, pop culture, puns and dad jokes.