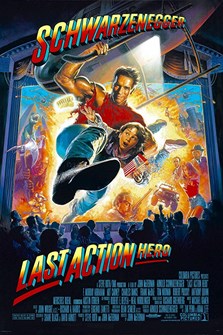 From John McTiernan, director of DIE HARD and PREDATOR, and a script co-written by Shane Black (LETHAL WEAPON, THE LAST BOY SCOUT), comes a messy Hollywood meta-comedy/action flick hybrid, lampooning the genre that brought the creative team such great past success. A young movie fan is magically transported into the world of his favorite action hero, in this cameo-laden adventure. A failure at the box office, largely due to opening a week after JURASSIC PARK, LAST ACTION HERO isn’t a flawless film, but it’s a hell of a lot of fun.