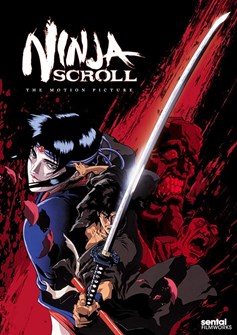 In this anime film, Jubei, a highly skilled ninja, is coerced into slaying his own clan of warriors. After begrudgingly killing his fellow swordsmen, he becomes a roving hired assassin. During his travels, he must face off against an organization of demonic ninjas known as the Devils of Kimon, who are plotting to take power of Japan's government. The Devils will stop at nothing, and have the power to annihilate entire villages. Now, only Jubei and a shogun spy named Dakuan can stop them.

***In Japanese with English subtitles***

After waking up from a car crash, a young man must put together the past in order to survive a catastrophic event.