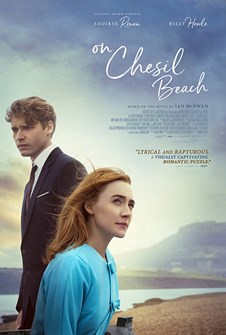 Adapted by Ian McEwan from his bestselling novel, the drama centers on a young couple of drastically different backgrounds in the summer of 1962. Following the pair through their idyllic courtship, the film explores sex and the societal pressure that can accompany physical intimacy, leading to an awkward and fateful wedding night. The film stars Saoirse Ronan, Billy Howle, Anne-Marie Duff, Adrian Scarborough, Emily Watson, and Samuel West.