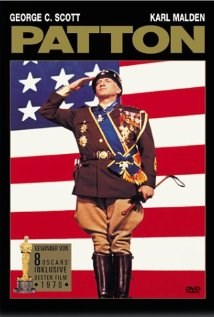 George C. Scott stars as the controversial WWII general "Old Blood and Guts" George S. Patton, in a performance so crazed and immersed it's hard not to believe he's the man himself. A personal favorite of Roger Ebert, who called PATTON "not only one of the best American movies, but one of the best uses ever made of 70mm widescreen photography... it is startling how good a movie can look."