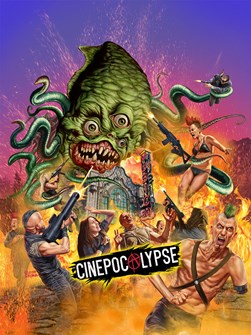 The production team at Boulderlight Pictures consists of 23-year-old JD Lifshitz and 24-year-old Raphael Margules. Alongside both Contracted films, they also produced Bad Match, which received its premiere at FrightFest; the upcoming Dismissed (starring Dylan Krause); and numerous other genre titles.

With their youthful exuberance and heavy output, we've issued them a challenge: produce a genre feature exclusively for Cinepocalypse 2017. There are no parameters other than it must be a feature-length midnight movie, and that they must begin production immediately upon release of this announcement.

Together, attendees of Cinepocalypse will experience the World Premiere of this yet-untitled (and unwritten...and unfilmed) production during a special midnight slot in this year's inaugural festival!