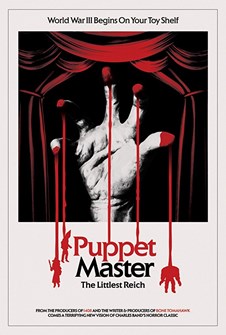 Astute horror fans know the long and colorful history of the Puppet Master franchise: kicked off in 1989 and boasting no less than ten wild sequels, it has blossomed into one of the most beloved series on the indie horror circuit. (Probably because the flicks are loaded with crazy little homicidal puppets, many of which are available in nifty replica form.) But now the franchise is getting a reboot of sorts, courtesy of the man who wrote Bone Tomahawk, a pair of directors who are more than willing to get gory, nasty, and politically incorrect, and a top-notch genre flick ensemble that'll keep those horrors fans happy.