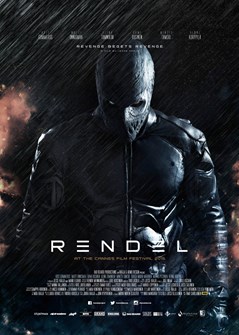 Finland’s first superhero film, Rendel is dystopian action/fantasy unlike anything ever witnessed Stateside. When a massive criminal organization takes over his town, a masked vigilante strikes back through a series of brutal attacks that leave blood spilled and cash ablaze. A dark adventure that harkens to the finest in 80s era comics, Rendel is the anti-Marvel crusader: an all-too-human superhero from the streets, driven solely by rage and revenge!

In English and Finnish with English subtitles