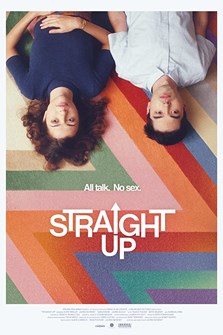 Todd is a hyper-articulate, obsessive compulsive gay twentysomething whose fear of dying alone leads him to a baffling conclusion: he might not be gay after all. When he meets Rory, a whip-smart struggling actress with her own set of insecurities, the two forge a relationship that's all talk and no sex. Writer-director-star James Sweeney delivers a razor sharp rom-com that's equal

parts Classical Hollywood and distinctly 21st century, exploring just how elastic our definitions of love and sexuality can get.

"A sweet, funny and thoroughly winning romantic comedy that’s a kind of a bi-curious take on WHEN HARRY MET SALLY for the Millennial crowd or anyone looking for some brainy, banter-rific fun” - Los Angeles Times

"The work of a startling talent” - Variety