A FILM BY: Samuel Collardey (A POLAR YEAR), Rayhana (I STILL HIDE TO SMOKE) 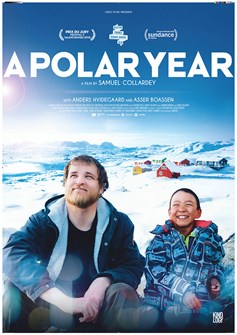 TALES OF EUROPE was launched during Art House Convergence 2018 by top sales executives Susan Wendt (TrustNordisk, Denmark) and Daniela Elstner (Doc & Film Intl., France). The very first line-up includes 10 recent films from European countries such as Belgium, Bosnia Herzegovina, Denmark, France, Italy, Poland and Sweden. From social issues to period dramas and comedies, TALES OF EUROPE invites US audiences to discover European stories and avantgarde cinema. The program focuses on rising talents and the young generation of filmmakers, with 5 of the films being first and second feature films, 4 out of 10 films directed by women, and starring iconic actresses such as Catherine Deneuve and Diane Kruger.

Anders leaves his native Denmark for a teaching position in rural Greenland. As soon as he arrives, he finds himself at odds with tightly-knit locals. Only through a clumsy and playful trial of errors can Anders shake his Euro-centric assumptions and embrace their snow-covered way of life.

A hammam in turmoil, cigarettes on the sly, the fat and the skinny, gales of laughter, dreams of a dazzling wedding, forgotten false teeth, calls to prayer, a head masseuse, a picky matchmaker, an expat dressed like a blondie, kids bawling, beards growing, a love song, love for your man, men’s love for their mothers, inappropriate spermatozoids, a pregnant virgin, a princess married age 10, a cuckolded husband, a virginity certificate, a festive divorce, a bush to shave, a bomb in the water tank, open-tops and cover-ups, an assassin brother, acid burns, a hooded plumber, a pussy on fire, solitary pleasures, butts and burqas, the Bible and the Koran... before the flash of a dagger and the silence of God.