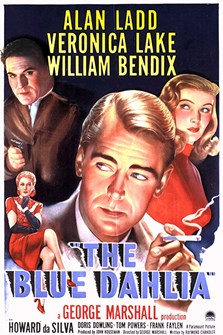 The only original screenplay penned by the legendary detective story writer was crafted under deadline pressure (star Alan Ladd was leaving for military duty) and "the influence" (banged out in a drunken fervor). No matter—it was a huge hit for Paramount, and the most famous pairing of Ladd and Veronica Lake, America's most popular screen team of the 1940s. Ladd plays a returning WWII vet suspected of murdering his unfaithful wife. Will war buddies William Bendix and Hugh Beaumont be his saviors—or his downfall?