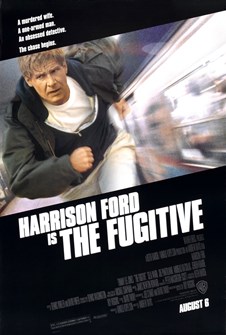 Born just two blocks away from the Music Box, Chicago-native Andrew Davis returned to the Windy City to film his 1993 thriller, THE FUGITIVE. Harrison Ford is Dr. Richard Kimble, a man on the run from the law and on the trail of the conspiracy that framed him for the murder of his wife. A hit with critics and audiences alike, THE FUGITIVE was one of the biggest films of 1993, and received multiple Oscar nominations, including Best Picture, and winning one for Tommy Lee Jones' iconic performance as U.S. Marshal Samuel Gerard. THE FUGITIVE is an intelligent, tense, character driven action film, taking you through Chicago's back alleys, across its bridges, on its trains, and in the middle of its St. Patrick's Day Parade.

Over the years, the Music Box has hosted hundreds of special guests, giving our audiences the opportunity to share experiences with filmmakers, actors, screenwriters, singers, comedians, authors, activists, and political figures, among others. We're pleased to welcome director Andrew Davis to the Music Box, to screen one of the all-time great Chicago films.