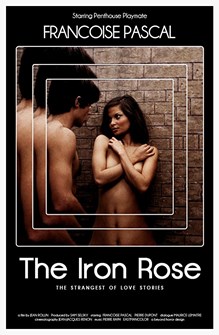 A film whose pervading sense of ennui would make Baudelaire proud.  LA ROSE DE FER is Rollin's most personal work.  A highly rewarding slow-burner that, though certainly macabre, dark and ominous, plays like an allegory of failed love rather than a "horror" film.  Almost entirely self-financed, the film sits in stark contrast to the paid "erotic" work of the period, with its somber, stream-lined decadence, and brooding sense of broken love and deepening dread.  Losing track of time, two young lovers wander through a cemetery before dusk, explore the crypts (perhaps a bit too deeply), and re-emerging to find themselves lost.  All paths covered in darkness, they are forced into ethereal new dynamics, to cope with their shifting madness, questions of possession, and identity.  Perhaps the most personal and poetic statement in Rollin's oeuvre.