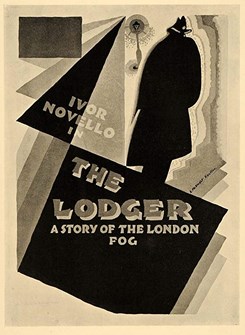 When a landlady (Marie Ault) and her husband (Arthur Chesney) take in a new lodger (Ivor Novello), they're overjoyed: He's quiet, humble and pays a month's rent in advance. But his mysterious and suspicious behavior soon has them wondering if he's the killer terrorizing local blond girls. Their daughter, Daisy (June), a cocky model, is far less concerned, her attraction obvious. Her police-detective boyfriend (Malcolm Keen), in a pique of jealousy, seeks to uncover the lodger's true identity.