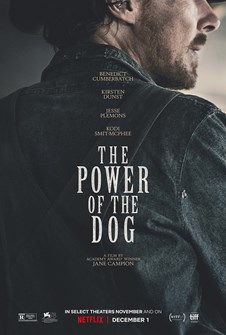 Charismatic rancher Phil Burbank (Benedict Cumberbatch, in a mesmerizing performance) inspires fear and awe in those around him. When his brother George (Jesse Plemons) brings home a new wife (Kirsten Dunst) and her son Peter, a wispy medical student (a terrifically unsettling Kodi Smit-McPhee), Phil sets out to torment them—until he finds his own dominance threatened. Working with an extraordinary cast, master filmmaker Jane Campion (The Piano. Bright Star) remakes the American Western with this continually surprising, gorgeously photographed, and incisive drama about manhood, intimacy, and revenge.