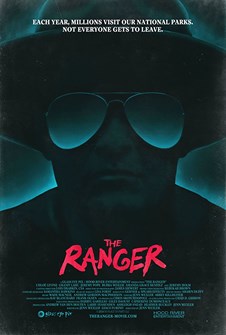 Jenn Wexler's feature debut THE RANGER has been tearing up film festivals across the South since its premiere at SXSW, and now this wildly energetic love letter to punk rock and '80s slasher movies is crowdsurfing its way to its Midwest premiere at Cinepocalypse. Starring Chloe Levine as a pink-haired punk on the run with her bratty friends and Jeremy Holm as the unhinged ranger who enforces park rules with bear traps and a shotgun, The Ranger is best played at maximum volume.