What Keeps You Alive

What Keeps You Alive 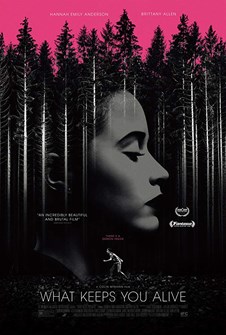 WHAT KEEPS YOU ALIVE, Colin Minihan's artfully suspenseful follow-up to his 2016 film IT STAINS THE SANDS RED, opens with two women pulling up to a remote cabin to celebrate their wedding anniversary. But don't expect your standard pick-'em-off slasher storyline. Both a brutal tale of survival horror and a devastating relationship drama, WHAT KEEPS YOU ALIVE turns on a shocking act of betrayal early in the film and only gets more twisted from there.