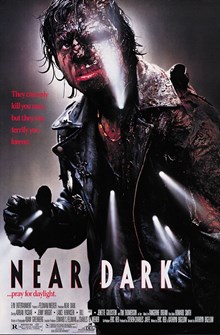 Kathryn Bigelow's masterful vampire ensemble may have not made much noise upon its theatrical release in 1987 but has gone up to become a true-blue cult classic in recent years. Aliens co-stars Lance Henriksen, Jenette Goldstein, and the late great Bill Paxton star as a vampire clan who have their undead hearts set on terrorizing a small Texas town.