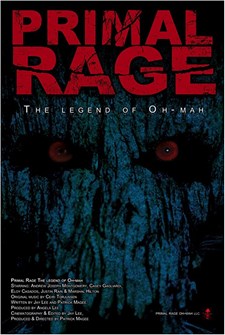 You may have seen a few Bigfoot-related horror films over the years, but it's safe to say you've never seen a Sasquatch rampage like this. Primal Rage is a tale of a young couple, a group of hunters, a witch, and some Native American cops who butt heads with a wildly violent forest monster, causing all Hell to break loose. Helmed by practical special effects guru Patrick Magee (Spider-Man, Jurassic Park III), this may be the goriest, most aggressively angry film you'll see all year, and it's certainly one that has earned its hostile title. Not for the weak of heart or stomach!