There’s no better way to ring in the New Year than with a bottle of J&B, a ruthless black-gloved, razor-wielding maniac, a sexy soundtrack, & enough style to stop your heart. Cinematic Void & its progenitor, Jim Branscome, has been terrorizing the west coast with January Giallo since 2017. This year the madness is spreading & we here at the Music Box of Horrors couldn’t be more excited to join in the debauchery. Join us for four screenings of some of the finest giallo the world has to offer throughout January, culminating in a rare 35mm screening of a technicolor print of The Perfume of The Lady in Black!

Wed, Jan 12th
The Case of the Scorpion's Tail

Wed, Jan 26th
The Perfume of the Lady in Black

The Case of the Scorpion's Tail 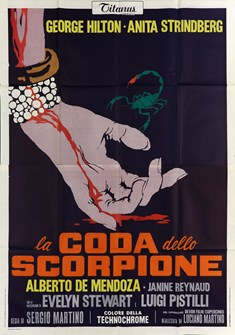 Arguably no other giallo captured the glamourous jetsetter lifestyle as vividly as Sergio Martino’s CASE OF THE SCORPION’S TAIL, which combines stunning views of Athens and the Greek coastline with brutal bursts of violence, a typically tangled script and a cast overflowing with Eurocult talent, including actors from LIZARD IN A WOMAN’S SKIN, YOUR VICE IS A LOCKED ROOM…, SUCCUBUS and A BAY OF BLOOD.

In London, Lisa (Evelyn Stewart, THE PSYCHIC) learns her husband has died in a freak accident. Summoned to Athens to collect his generous life insurance policy, she discovers others besides herself who are keen to get their hands on the money -- and are willing to kill for it. - Text Courtesy of the American Genre Film Archive

The Perfume of the Lady in Black 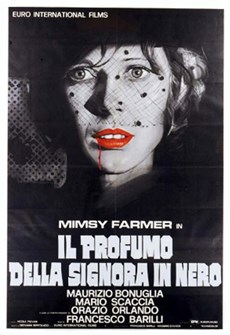 Director Francesco Barilli's hallucinatory giallo horror-thriller stars Mimsy Farmer (FOUR FLIES ON GREY VELVET) who portrays Sylvia, a chemist who begins to suffer from strange visions; a mysterious woman in black applying perfume in a mirror appears to her and strangers follow her everywhere she goes. Barilli's psychological investigation into the workings of the mind becomes apparent when it is revealed that as a child, Sylvia committed a horrible crime. The slow progression from successful scientist to a woman on the verge of insanity shows an in-depth look at the intricacies of the haunted mind. This is a remarkable film, weaving reality, fantasy and memory into an almost seamless fabric. - Text Courtesy of Raro Video 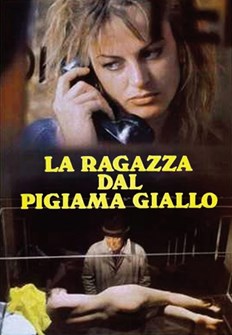 A uniquely haunting latter-day giallo filmed Down Under which “breaks so many rules one can only wonder how audiences responded to it without any advance warning. A film best experienced with as little foreknowledge as possible, THE PYJAMA GIRL CASE not only experiments with its tone and setting but also throws in at least two seismic plot twists that would have been imitated everywhere if this film were more widely seen.

Anyone expecting a traditional giallo will be disoriented right from the start, thanks to the bouncy pair of songs crooned by Euro pop queen Amanda Lear, the schizophrenic score by Riz Ortolani (CANNIBAL HALOCAUST, GOODBYE UNCLE TOM) that veers from pounding electronics to harmonica-laced romantic melodies -- and the fact that almost everything, even the most violent and disturbing scenes, takes place in scorching sunlight.” - Text courtesy of Mondo Digital 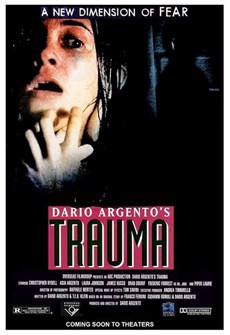 Aura is a young Romanian who, while on the run from her parents, is rescued by journalist and recovering drug addict, David Parsons. After being returned to her home, Aura’s parents are murdered by a vicious serial killer known as The Headhunter, sending Aura back on the run, to David. With no one to turn to for help, the unlikely pair launch their own investigation into the killings, discovering shocking and long hidden revelations that connect the continuing murders ever closer to Aura and a terrifying secret from her past...

Argento came stateside (Minnesota to be exact!) for what is possibly his weirdest outing, & surely one of the bloodiest! With -- as always -- a stellar performance from Asia Argento (THE STENDHAL SYNDROME), plus great turns from Christopher Rydell (FOR THE BOYS), Brad Dourif (SPONTANEOUS COMBUSTION), & Piper Laurie (RUBY), Trauma shall finally get it's due with this brand new restoration from Vinegar Syndrome, touting the most complete version ever released on home video!