The Music Box Matinee programming has been turned over to our excellent house staff! Come see classic films selected by the folks who sell the tickets, make the popcorn, mix the drinks, project the movies, and keep the Music Box running.

Sun, Apr 29th
The Silence of the Lambs 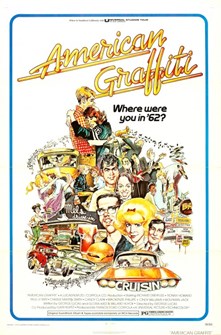 On the last day of summer vacation in 1962, friends Curt (Richard Dreyfuss), Steve (Ronny Howard), Terry (Charles Martin Smith) and John (Paul Le Mat) cruise the streets of small-town California while a mysterious disc jockey (Wolfman Jack) spins classic rock'n'roll tunes. It's the last night before their grown-up lives begin, and Steve's high-school sweetheart, a hot-to-trot blonde, a bratty adolescent and a disappearing angel in a Thunderbird provide all the excitement they can handle.

Roibeard says: After his first feature (THX 1138) flopped at the Box Office, George Lucas needed a success or his film career could have ended before it began. Thankfully, AMERICAN GRAFFITI (based on George's teenage years) struck a chord with audiences being both critically and comercially successful. Without this film, we wouldn't have STAR WARS or INDIANA JONES, and the landscape of films today would be vastly different. 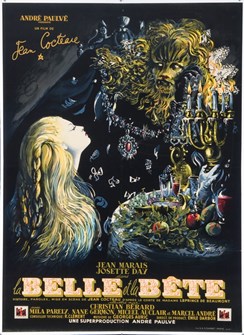 Jean Cocteau’s adaptation of Beauty and the Beast, in which the pure love of a beautiful girl melts the heart of a feral but gentle beast. 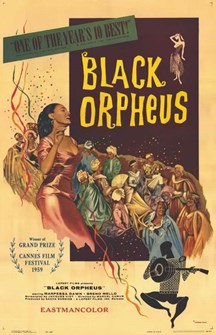 Picked by Alvin, Front of House

The ancient Greek myth of Orpheus and Eurydice is transported to the twentieth-century madness of Carnival in Rio de Janeiro.

Alvin says: One of my first drum teachers while I was in high school immigrated from Brazil to my hometown of Atlanta, GA. Shortly after I started studying with him, he wanted me to watch BLACK ORPHEUS in order to introduce me to Brazilian music, specifically Brazilian percussion. BLACK ORPHEUS showcases some of the most incredible bossa nova and samba playing, while giving a modern twist to a classic story. 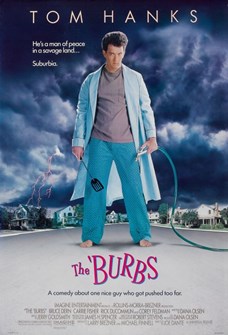 Picked by Ray, Front of House

Settling in for some time off in his suburban home, Ray Peterson's (Tom Hanks) vacation becomes a horror when the Klopeks, a suspiciously odd family, move in down the block. Enlisting the aid of his paranoid buddy, Art (Rick Ducommun), and his militia-man neighbor, Rumsfield (Bruce Dern), Ray sends his son and wife (Carrie Fisher) away on a trip while he investigates the Klopeks. When a neighbor disappears, Ray and his cohorts risk their lives to save their cul-de-sac from the clutches of evil.

Ray says: THE 'BURBS is an overlooked gem from Tom Hanks' comedy days. Its darker themese are painfully relevant today and the humor is timeless and nonstop. Some hearty laughs will be had and I can't think of a better way to start the day. It's easily in my top 10. Tom Hanks, Corey Feldman, Carrie Fisher, Bruce Dern, Joe Dante... a lot to love. 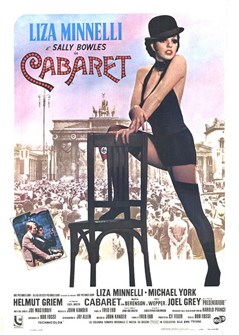 Picked by Sarah, Front of House

In Berlin in 1931, American cabaret singer Sally Bowles (Liza Minnelli) meets British academic Brian Roberts (Michael York), who is finishing his university studies. Despite Brian's confusion over his sexuality, the pair become lovers, but the arrival of the wealthy and decadent playboy Maximilian von Heune (Helmut Griem) complicates matters for them both. This love triangle plays out against the rise of the Nazi party and the collapse of the Weimar Republic.

Sarah says: Directed by Bob Fosse with music and lyrics by Kander & Ebb, CABARET takes place in Berlin during the uprising of the Nazi party. It centers around cabaret singer, Sally Bowles (LIZA MINNELLI!!!!!) and brings gitter, jazz, and sexual fluidity to the forefront despite the world falling apart (relevant) and reminds us to live life to the fullest. 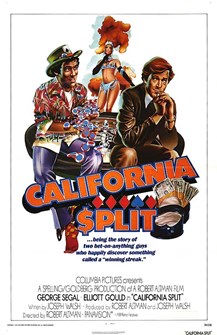 Rebecca says: Elliott Gould and George Segal star in one of Altman’s finest films; a bittersweet and gentle comedy about compulsive gamblers and one of the most elusive types of human relationships: Friendship. We follow Bill and Charlie from the racetrack to the casino to the haze of the 5am poker table, all with Altman’s signature rich cacophony at every turn. As Gould would tell an interviewer on the film’s 40th Anniversary, “It’s not about gambling at all. It’s about staying alive.” 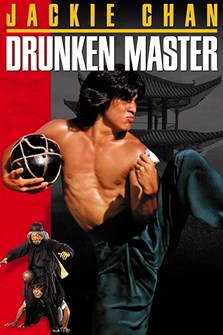 *DRUNKEN MASTER replaces our previously announced screenings of POLICE STORY 2, which we are regrettably unable to screen.

Unable to see eye to eye with his father, completely broke and with nowhere else to turn, young Wong Fei-Hung (Jackie Chan) grudgingly accepts the tutelage of Su Hua Chi (Siu Tien Yuen), a notoriously intoxicated martial arts master. Su Hua Chi teaches Wong the techniques of Drunken Boxing, an unusually fluid fighting style. Wong is then forced to put his new skills to the test when his father is targeted by deadly assassin Thunderleg (Jang Lee Hwang), who has never lost a fight.

Audrey says: The best kind of action flick to watch in the afternoon with friends and family, to take you back to the time when you were obsessed with arguing theories about how Jackie did that crazy stunt.

In Mandarin with English subtitles 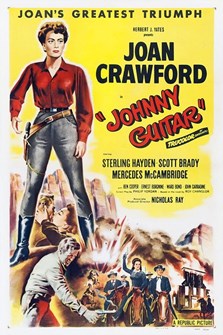 On the outskirts of town, the hard-nosed Vienna (Joan Crawford) owns a saloon frequented by the undesirables of the region, including Dancin' Kid (Scott Brady) and his gang. Another patron of Vienna's establishment is Johnny Guitar (Sterling Hayden), a former gunslinger and her lover. When a heist is pulled in town that results in a man's death, Emma Small (Mercedes McCambridge), Vienna's rival, rallies the townsfolk to take revenge on Vienna's saloon -- even without proof of her wrongdoing.

Justin says: When I first started at the Music Box in 2013, JOHNNY GUITAR played as a matinee. I foolishly missed it and it hasn't played in Chicago on film since. I love everything about it. The way it looks (those colors! those costumes!), the way it feels (so sensitively dramatic! so wonderfully queer!), and that commanding performance by Joan Crawford. Oh my goodness! 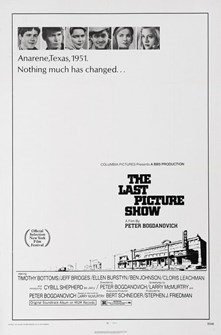 Picked by Peter, Front of House

High school seniors and best friends, Sonny (Timothy Bottoms) and Duane (Jeff Bridges), live in a dying Texas town. The handsome Duane is dating local beauty, Jacy (Cybill Shepherd), while Sonny is having an affair with the coach's wife, Ruth (Cloris Leachman). As graduation nears, both boys contemplate their futures. While Duane eyes the army and Sonny takes over a local business, each boy struggles to figure out if he can escape this dead-end town and build a better life somewhere else.

Peter says: Seeing PAPER MOON a couple of years ago, I was drawn to every emotional exchange--it's one of my favorite films to both subvert and reaffirm the powerful suggestion of blood in matters of love and estrangement. I haven't seen THE LAST PICTURE SHOW, but I'm familiar with its reputation as a staple of American cinema, as well as Bogdanovich's close relationships with the significant figures therein--from Orson Welles to John Cassavetes, to contemporary but still more-or-less independent filmmakers/admirers, such as Noah Baumbach and Wes Anderson (who both happen to endearingly address him as "Pops").

After reading Roger Ebert's review, THE LAST PICTURE SHOW just seemed like the right pick for a weekend matinee.

My Own Private Idaho 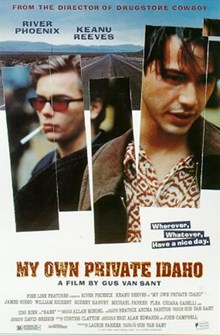 Picked by Flynn, Front of House

River Phoenix and Keanu Reeves star as Mike and Scott in this haunting tale about two young street hustlers. Navigating a volatile world of junkies, thieves, and johns, Mike takes Scott on a quest along the streets and open highways of the Pacific Northwest.

Flynn says: MY OWN PRIVATE IDAHO is the kind of queer, grunge, Shakespearean, outsider cinema that the world needs right now. 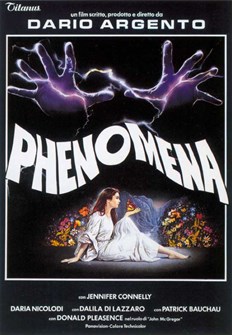 Picked by Matt, Front of House

An American (Jennifer Connelly) at a Swiss finishing school calls on insects to help a paralyzed scientist (Donald Pleasence) fight a monster.

Matt says: The lush Swiss countryside, a black-gloved killer, schoolgirls wearing Armani, Jennifer Connelly communicating telepathically with insects, and Donald Pleasence with a pet chimpanzee!? PHENOMENA is Argento's most bizarre giallo. Just when you thought it couldn't get even better, Goblin and Iron Maiden handle the score! 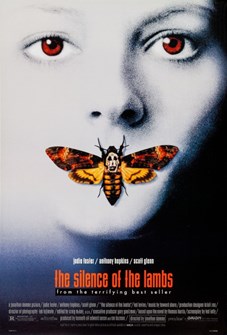 Jodie Foster stars as Clarice Starling, a top student at the FBI's training academy. Jack Crawford (Scott Glenn) wants Clarice to interview Dr. Hannibal Lecter (Anthony Hopkins), a brilliant psychiatrist who is also a violent psychopath, serving life behind bars for various acts of murder and cannibalism. Crawford believes that Lecter may have insight into a case and that Starling, as an attractive young woman, may be just the bait to draw him out.

Stephanie says: I first saw SILENCE OF THE LAMBS when I was too young, and remember being terribly frightened. As my interest in cinema developed, I could appreciate the complexity of Jonathan Demme's psychological thriller. Under the veneer of a police procedural is a deep dive in the darkest corners of the human mind and a subversion of classic gender dynamics, anchored by two iconic performances by Anthony Hopkins & Jodie Foster. 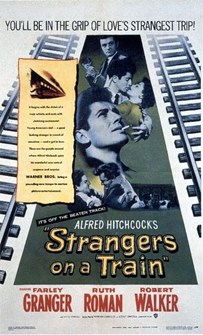 In Alfred Hitchcock's adaptation of Patricia Highsmith's thriller, tennis star Guy Haines (Farley Granger) is enraged by his trampy wife's refusal to finalize their divorce so he can wed senator's daughter Anne (Ruth Roman). He strikes up a conversation with a stranger, Bruno Anthony (Robert Walker), and unwittingly sets in motion a deadly chain of events. Psychopathic Bruno kills Guy's wife, then urges Guy to reciprocate by killing Bruno's father. Meanwhile, Guy is murder suspect number one. 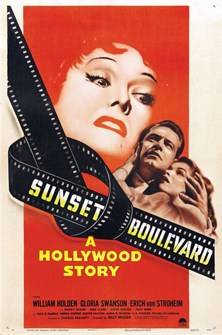 An aging silent film queen refuses to accept that her stardom has ended. She hires a young screenwriter to help set up her movie comeback. The screenwriter believes he can manipulate her, but he soon finds out he is wrong. The screenwriters ambivalence about their relationship and her unwillingness to let go leads to a situation of violence, madness, and death.

Kyle says: Film noir has always held a special place in my heart and SUNSET BOULEVARD is one of my all-time favorites. The part in which Gloria Swanson's character rewatches old movies of herself while smoking and relives her glory days is one of the best scenes ever put on film. Plus, any movie featuring Buster Keaton, albeit in a small role, will forever hold my attention.