Noir Across the Atlantic

*Click Here to Watch NOIR ACROSS THE ATLANTIC Trailer*

Film noir was never confined to the asphalt jungles, road houses, and nightmare alleys of the USA. An equally potent mix of doomed love and dangerous gambles took root across the Atlantic. This series of restorations from Rialto Pictures and Studiocanal brings together superlative example of continental noir, from the acid black comedy of THE LADYKILLERS and the world-weary resignation of THE THIRD MAN to the suspenseful jazz rhythm of ELEVATOR TO THE GALLOWS and the steely Gallic resolve of LE CERCLE ROUGE and TOUCHEZ PAS AU GRISBI.

Movies & Showtimes for
Noir Across the Atlantic 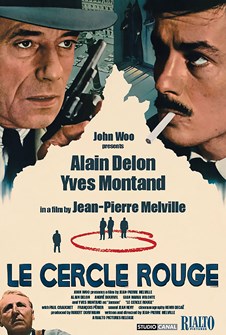 Four men, including a recently-released criminal (Alain Delon) and an alcoholic ex-cop (Yves Montand), come together to execute a meticulously planned jewel heist.

Elevator to the Gallows 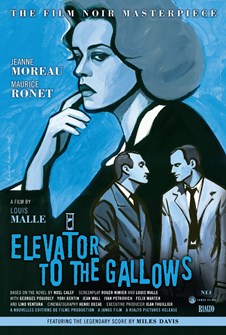 For his feature debut, twenty-four-year-old Louis Malle brought together a mesmerizing performance by Jeanne Moreau, evocative cinematography by Henri Decaë, and a now legendary jazz score by Miles Davis. Taking place over the course of one restless Paris night, Malle’s richly atmospheric crime thriller stars Moreau and Maurice Ronet as lovers whose plan to murder her husband (his boss) goes awry, setting off a chain of events that seals their fate. A career touchstone for its director and female star, Elevator to the Gallows was an astonishing beginning to Malle’s eclectic body of work, and it established Moreau as one of the most captivating actors ever to grace the screen. 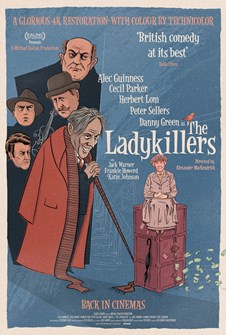 A crew of thieves led by Professor Marcus (Alec Guinness) pulls off a daring heist and tricks their elderly landlady, who believes them to be a string quintet, into sneaking the loot past the authorities. When things don’t go as planned, the crew must improvise to keep their treasure and to ensure the old woman’s silence. 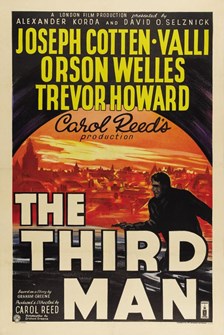 Holly Martins (Joseph Cotten), a writer of pulp Westerns, arrives in a bombed-out, post-war Vienna at the invitation of his childhood friend Harry Lime (Orson Welles) only to find him dead. Martins develops the ultimate conspiracy theory after learning of a “third man” present at the time of Harry’s death, butting up against interference from British police officer Major Calloway (Trevor Howard), and falling head-over-heels for Harry’s grief-stricken lover Anna (Alida Valli). 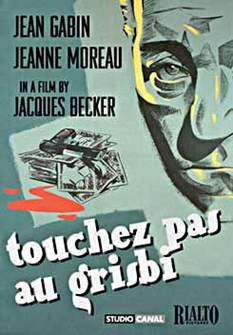 After pulling off their "retirement job," aging criminals Max (Jean Gabin) and Henri (René Dary) think they can give up the game. But when Henri's girlfriend (Jeanne Moreau) tells the drug-dealer Angelo (Lino Ventura) about the loot, violence erupts.