A series which celebrates the small but mighty movie roles from musicians of all stripes. Whether they have a scene-stealing supporting role, a few memorable one-liners, or even just a blink-and-you’ll-miss-them cameo, it’s time to pay tribute to the people that didn’t really need to be in these movies, but we’re sure glad they are. Don’t miss Alice Cooper as a zombified homeless man in PRINCE OF DARKNESS, Iggy Pop getting weird in a tiny bathtub in CRY BABY, Nancy Wilson of Heart as “beautiful girl in car” in FAST TIMES AT RIDGEMONT HIGH, and of course, Tom Jones crooning his way through an alien invasion in MARS ATTACKS!.

Movies & Showtimes for
Overachievers: Musicians in Film - A Midnight Series 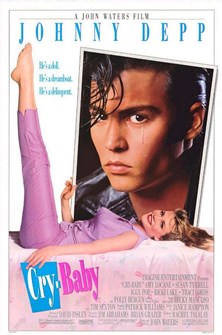 A Part of OVERACHIEVERS: MUSICIANS IN FILM | Cameo by Iggy Pop

Throw the Pope of Trash some studio money and you’ll get what may look like a cute musical but is actually freaky homage to ‘50s teen exploitation films and an unabashed celebration of nonconformity. So it goes with Cry Baby, John Waters well-funded Romeo and Juliet inspired tale of of a town turned upside-down by the love affair between a delinquent and a square. A never prettier Johnny Depp (in his first starring role) helms an all-star cast of queer icons and Dreamlanders including Ricki Lake, Traci Lords, Susan Tyrrell, Mink Stole and Iggy Pop. 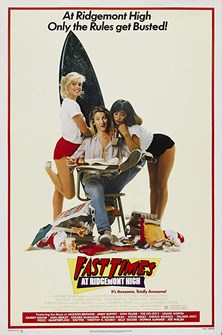 A Part of OVERACHIEVERS: MUSICIANS IN FILM | Cameo by Nancy Wilson from Heart

Sponsored by ALTER | Presented with Metal Movie Nights | Preceded by THE ONLY THING I LOVE MORE THAN YOU IS RANCH DRESSING (Sydney Brafman, 1 min, 2018)

“Look at you: member of the honor roll, assistant to the assistant manager of the movie theater. I'm tellin' ya, Rat, if this girl can't smell your qualifications, then who needs her, right?” Amy Heckerling’s debut  — based on a book Cameron Crowe wrote while undercover at a San Diego high school — about the trials and tribulations of a group of California teenagers is one of the most heart-breaking, cringe-worthy, and funny films of the 1980s. Unforgettable career-starting turns from a young Jennifer Jason Leigh, Sean Penn as a perpetually stoned surfer, and some blink and you’ll miss them cameos from the likes of Nicolas Cage, Forest Whitaker, Eric Stoltz, and Nancy Wilson of Heart. 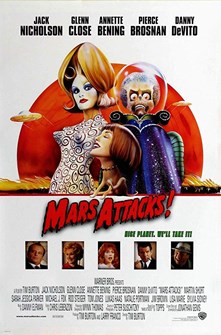 A Part of OVERACHIEVERS: MUSICIANS IN FILM | Cameo by Tom Jones

“They blew up congress!” Inspired by B-movie alien invasion films and the lurid 1960s trading card series of the same name, Tim Burton’s box office flop turned beloved cult film envisions what happens when Martian visitors encounter an inept United States government. It doesn’t go well, but it sure is funny. Featuring more stars than there are in the sky, including (but not limited to) Jack Nicholson, Glenn Close, Martin Short, Pam Grier, Sarah Jessica Parker, and of course, our savior Tom Jones. 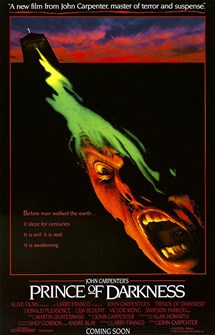 A Part of OVERACHIEVERS: MUSICIANS IN FILM | Cameo by Alice Cooper

The second film of John Carpenter’s “Apocalypse Trilogy” (between The Thing and In the Mouth of Madness) finds a quantum physics professor, his students, and a priest holed up in a monastery, investigating what appears to be an enormous glowing tube of Mountain Dew in the basement. It’s actually liquid Satan, who begins to possess and destroy them one by one. Who knew grad school could be so much fun! Starring Carpenter fave Donald Pleasence as the priest with cameo by Alice Cooper as a truly unsettling homeless man lured to the monastery by Satan’s irresistible vibes. An oft-overlooked frightening and philosophically complex film from the master of horror.

In one man's attempt to exploit his date night via video-chat, he ends up sharing something much more disturbing. Some people like to watch. Do you?