Back to the Future Part II

Back to the Future Part II 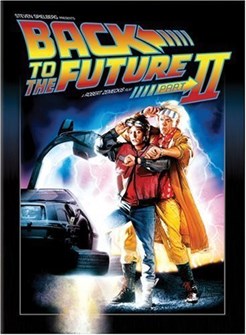 The Music Box keeps it “reel”, as one of the only movie theatres in America that is still capable of screening movies on 70MM film. 70MM film offers images of unequaled clarity, with as much as four times the resolution of 35MM and digital projection. The whites are brighter, the blacks are deeper, the light is more intense, and colors are richer than anything possible with digital projection.

Even though 70MM prints are extremely rare nowadays, the Music Box has been fortunate to screen dozens of films (and thousands of feet of celluloid) at our 70MM FILM FESTIVAL. To close out our 90th Anniversary festivities, Marty and Doc Brown take you to the far-off year of 2015 in BACK TO THE FUTURE PART II, playing in 70MM for the first time at the Music Box! And make sure you put some money on the Cubbies.