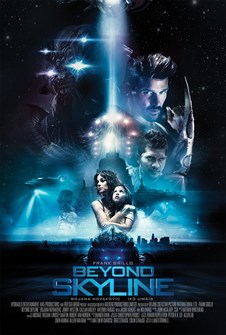 The stars of The Purge: Anarchy (Frank Grillo, as a hard-ass detective) and The Raid: Redemption (Iko Uwais) join forces to battle the alien apocalypse in this pulpy, colorful, and wildly over-the-top action/sci-fi/horror mash-up that has to be seen to be believed. Set concurrently with 2010's Skyline but with all-new characters and in a different, undisclosed location during the nightmarish, worldwide alien invasion, this mind-bending lunacy somehow manages to be even more insane than its infamous predecessor.