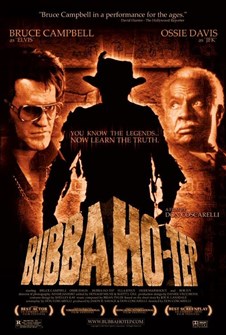 Playing Monday, October 8th at 7:15pm as part of AN EVENING WITH DON COSCARELLI

After falling into a lengthy coma following a freak accident involving hip gyration, a now aged Elvis Presley (Bruce Campbell) wakes up in an East Texas nursing home, where he befriends Jack (Ossie Davis), an African-American senior who claims to be President John F. Kennedy. After residents of their quiet retirement community start dying of dubiously unnatural causes, Elvis and Jack discover that the perpetrator is Bubba Ho-Tep (Bob Ivy), an Egyptian mummy with murderous intentions.