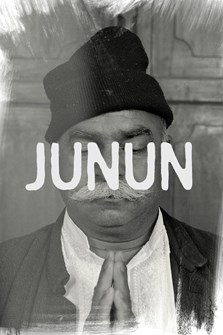 Spring 2015, the Maharaja of Jodhpur, India hosts Shye Ben Tzur, Jonny Greenwood, Nigel Godrich, Paul Thomas Anderson and a dozen Indian musicians. The team assembles a makeshift studio at the Maharaja's Fort, and over the following three weeks create the joyous collaboration that becomes the music and film of Junun (madness of love). Junun is a cross-cultural, cross religious meeting point between the mystical Islam of Sufi, Qawwali, and Rajasthani Gypsy musicians interwoven with devotional poetries in Urdu, Hebrew, and Hindi. Composed by Shye Ben Tzur, an Israeli musician & poet who lived for 15 years in India, the music was crafted and shaped by the influences of Jonny Greenwood and Nigel Godrich, and captured on film by Paul Thomas Anderson. The results deliver the close camaraderie of artistic collaboration and a sonic, visual and sensory experience that will intrigue and capture your imagination.

***Preceded by Radiohead's DAYDREAMING on 35MM***