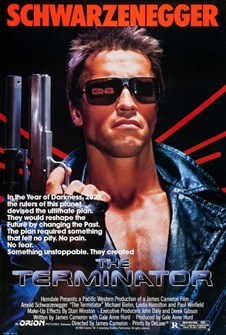 A Part of The Music Box 90th Anniversary | Playing as a Double Feature with ROBOCOP at 9:15pm | Select Double Feature Ticket Option for admission to Both Films

When the Music Box reopened in 1983 under new management, the majority of programming was dedicated to daily Double Features. From 1983-1988, the Music Box offered unique pairings of classic and contemporary (at the time) double bills, ranging from the popular to the obscure, the expected to the surprising, covering all manner of genres and filmmakers.

After combing through our archives, we selected 20 of our favorite Double Features that screened between 1983-1988, and asked our loyal Music Box fans to pick the pair they’d like to see back on the big screen. Thousands cast their votes, with choices including classic and quirky comedies, Oscar-winning dramas, influential indies, revered world cinema, and more.

All the votes were tallied, and a winning duo was crowned. On August 28th, our first ever AUDIENCE CHOICE DOUBLE FEATURE takes you on an action-packed, ‘80s sci-fi adventure, with James Cameron’s gripping, unstoppable THE TERMINATOR and Paul Verhoeven’s slyly satirical allegory ROBOCOP!